How do SOCO Polymer Absorb So Much Water?

Water crystal gel or water beads or gel beads is any gel which absorbs and contains a large amount of water. Water gel is usually in spherical form and composed of a water-absorbing polymer such as a polyacrylamide (frequently Poly(methyl acrylate) or Sodium polyacrylate). Sometimes referred to as super absorbent polymer (SAP) or, in dry form, as slush powder. 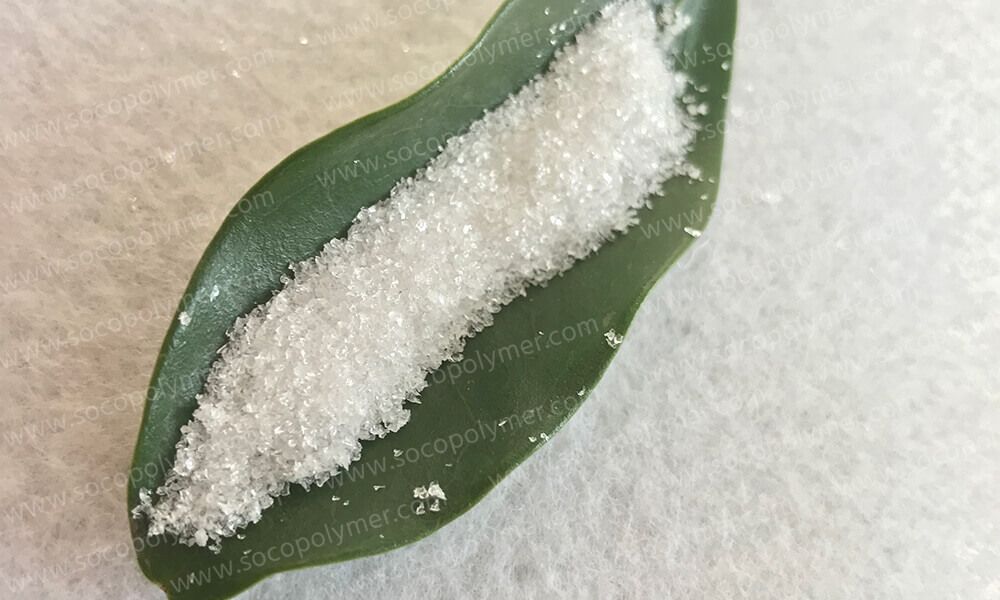 Construction workers, bicyclists and motorcyclists may be seen wearing cloth headbands or wearing a cloth collar around their neck. The crystals are sewn into a pouch in the cloth. The cloth item is then soaked in water for several hours. A tiny handful will swell up to many times it size and provide moist evaporative cooling for the wearer.

Florists also use polymer crystals as a dirt-free way to store water and to keep cut flowers fresh for a long time.

It takes about 45 minutes to hydrate the typical headband or collar. Refrigeration ahead of time is not necessary, but it does help extend the cooling time. The same polymer crystals can be rehydrated many times. The following picture shows how the same crystals appear (several hours later) after about an ounce of water was poured on the crystals:

Other uses of the crystals: 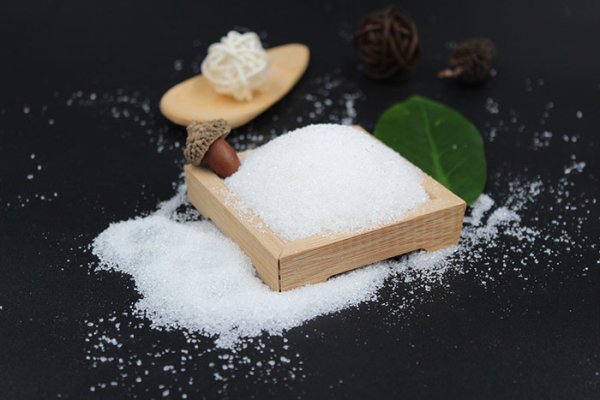 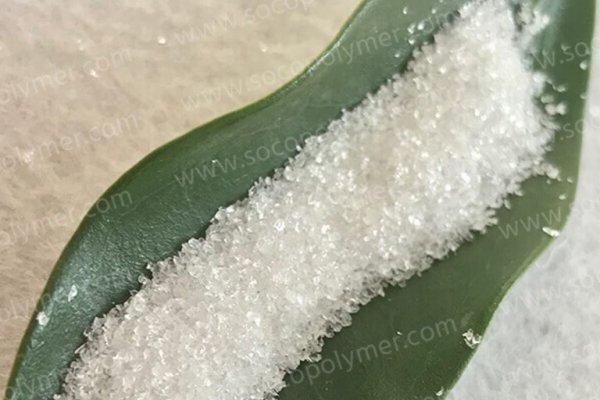